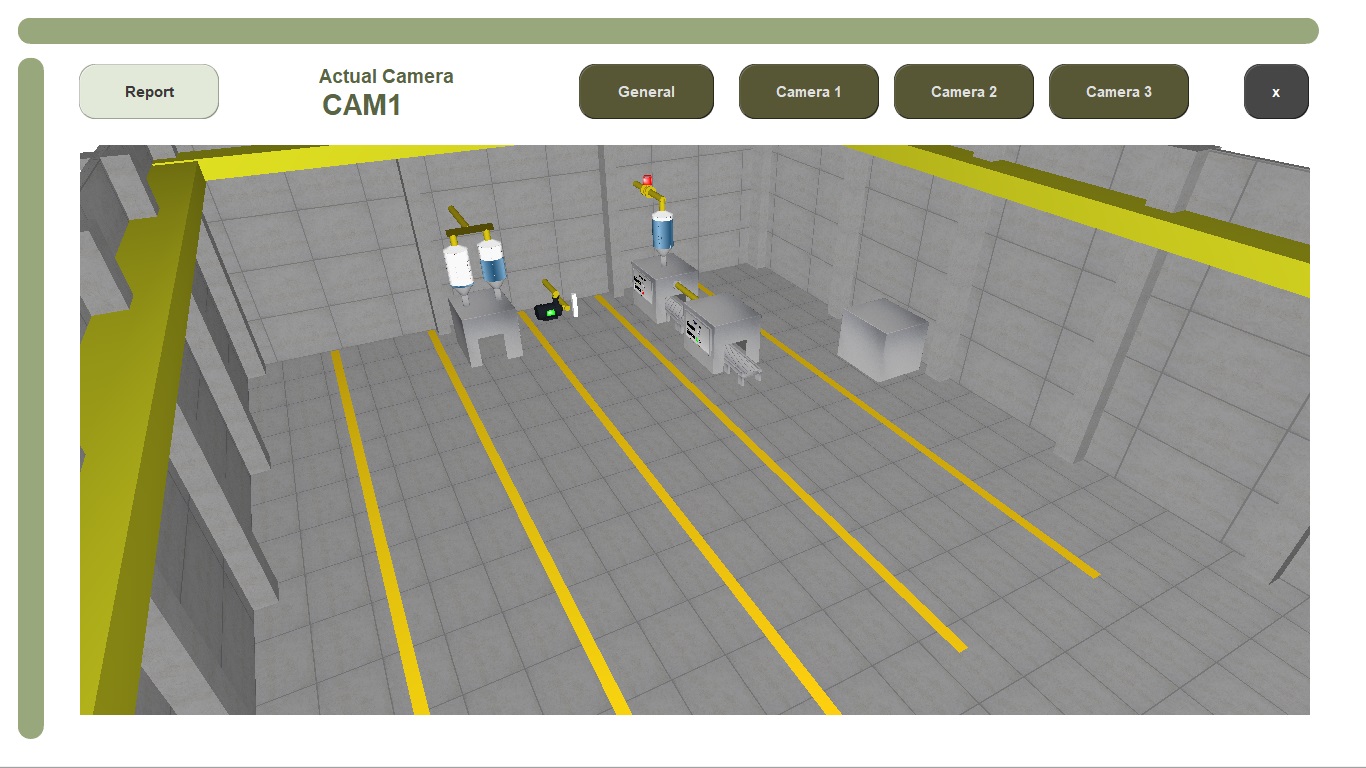 The 3D example can be downloaded here:

SCADA 3D is an interface, designed in 3D format, of the industrial production factory, explorable and navigable in any position, with real-time data monitoring.

The 3D files, can be made by importing an 3d .obj and .mtl file in LAquis SCADA.

The textures are replaced by the SCADA design, with the panel and groups and tags names. Several cameras positions can be created. Can be on the monitor itself, or, in the future, in virtual reality and metaverse.

In this example, each button from General to Camera 3 selects the pre-defined camera position.

Design explanation of the example: 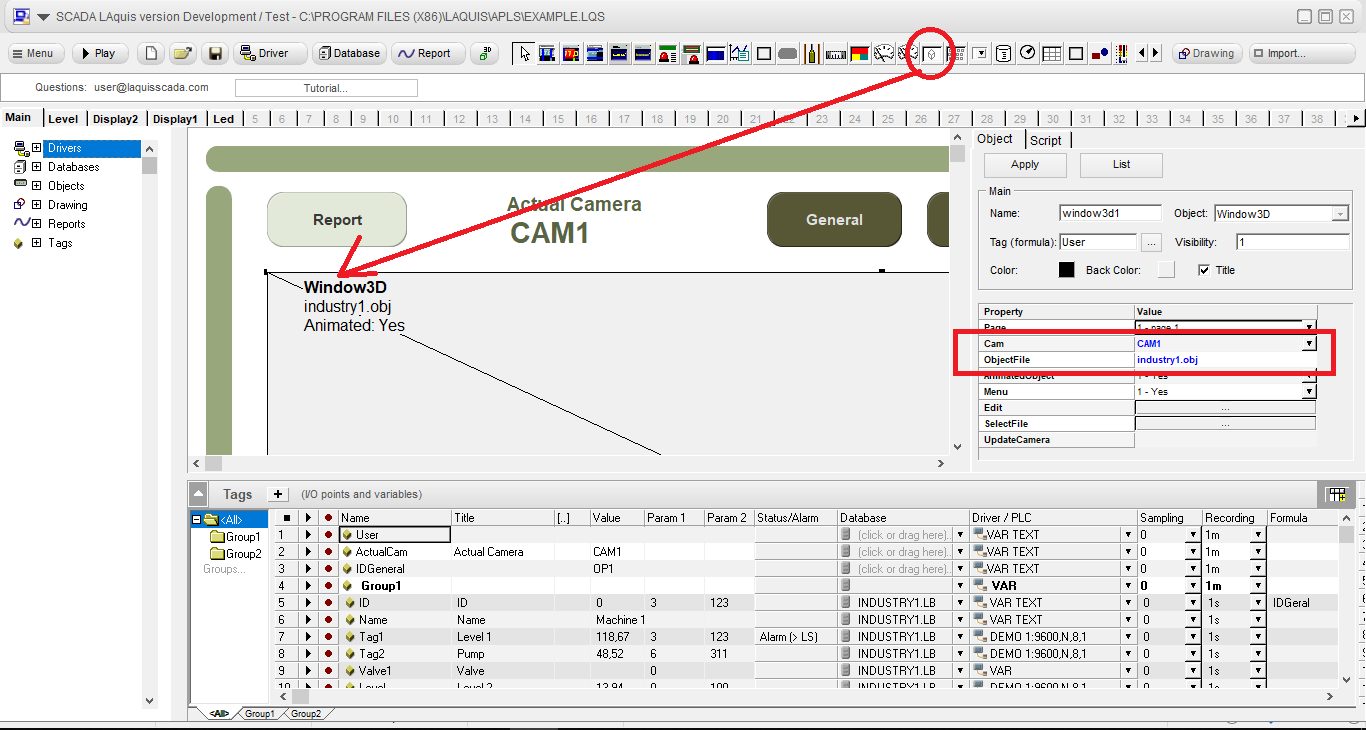 To create new cameras positions click on the 3D button in the toolbar.

Open the obj file, set the position, and then save the camera position: 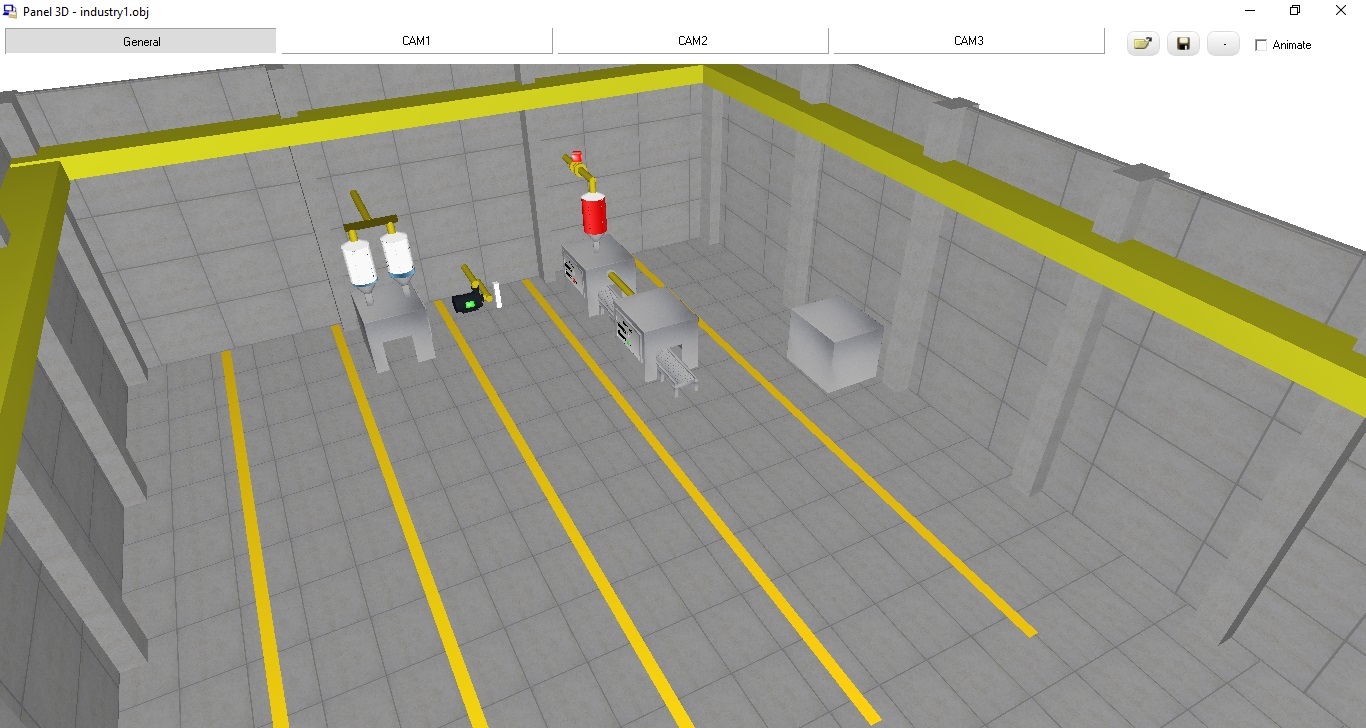 The names of the textures define which panel, group and tag will be replaced in the interface:

Panel: name of the visual object panel in the interface.

Group: group of the tags.

Tag: Optionally, the name of the tag, only if it is individual. 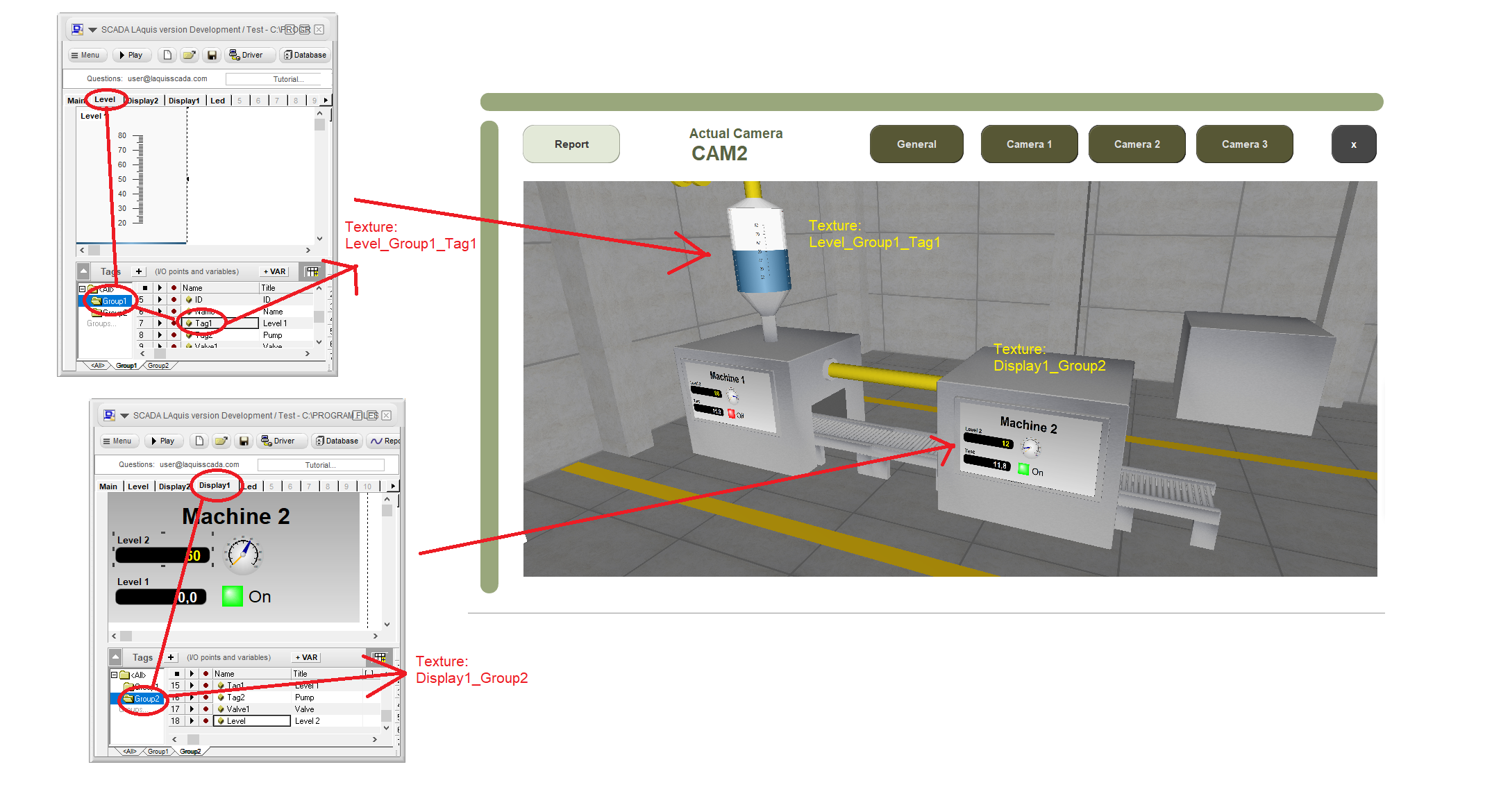 For example, one of the level textures name is Level_Group1_Tag1. Then, the texture is replaced in real-time by this panel Level: 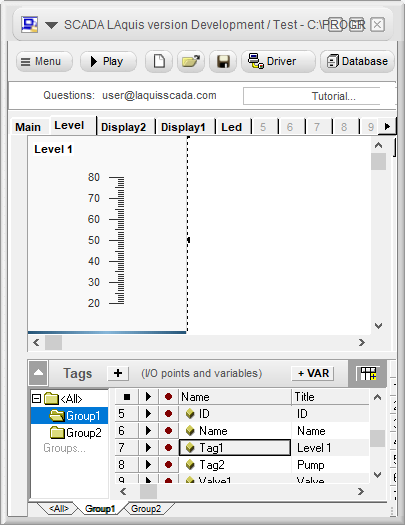 Other texture, was a full group, Display1_Group2. The texture is replaced in real-time by this panel: 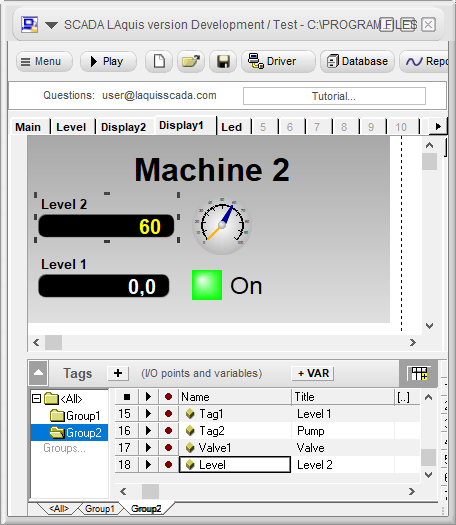 Monitoring and navigation on the monitor itself. Then, in virtual reality or metaverse.

The 3D example can be downloaded here:

(The 3D file source file is also in the folder with the ancient Blender format version 2.79. To export to .obj and .mtl, also turn on triangulate faces and use Blender Render. )

Published in Automation and Knowledge Base